Looking Behind the Scenes: Sansibar Whisky

Juli 23, 2016
Sansibar Whisky is a very recent newcomer among independent bottlers. It was in 2012 when the company commenced their business and initially they were eyed with critical distrust. However, single-cask bottlings with the logo of Germany's most famous beach restaurant have won a large community of devoted fans within a very short time.

There is good reason for such a success: the people behind the company are old hands in the whisky business. Last week I had the opportunity to chat with the company's CEO, Jens Drewitz, about the secrets behind the success of Sansibar whisky. And besides a lot of interesting information, I also found out some quite exciting news ....

MargareteMarie: Jens, how did you get the idea to launch an independent Whisky bottling company for Germany’s most popular beach restaurant? It sounds a bit weird, doesn’t it?


Jens: Not at all. Sansibar Whisky is actually the brainchild of Carsten Ehrlich, the organizer of the Whisky Fair Limburg, and myself. Eric and I have been friends for a very long time, and we’ve had many a dram together in all these years. Eventually, while sitting over some drinks, we had the idea to create a combination of dine, wine and whisky. In Germany, this is rather unusual, but in other countries , it’s quite a common concept.

Sansibar Restaurant on the isle of Sylt came immediately to our mind, because that's just a top brand. But of course the people at Sansibar hadn’t been waiting for us. It took three years before we could convince the owner of Sansibar. At first, we had different ideas on how the business should be run. Finally, we agreed that we search and purchase the barrels, then bottle the whisky under the label of Sansibar and make these bottles available at the restaurant.

We offer enjoyable whisky which is easy to drink even for people who are not very familiar with whisky. It is not about the most prominent distillery names. The most important fact for us is that the whisky is pleasing to your senses and has a great taste. Well, after three years of preparatory work, we finally went on business in April 2012.

MM: How did you gain a foothold in this highly competitive market of independent bottlers?

Jens: Our first bottling was a 21 year old Bunnahabhain, a very dark and impressive whisky from a sherry butt. At first it was very difficult. The Sansibar brand polarized people, the whisky geeks were wary, and it took a lot of persuasion until people began to test our bottlings.

Although Sansibar Whisky as a trademark is new, we are no newbies to the whisky market, who want to make a quick buck with a popular brand. We are old hands in this business, we reflect on our abilities and we are also aware of it. We see ourselves as service providers who give pleasure to their guests.

Meanwhile, we are also recognized with what we do and at trade shows people come more often because they are interested in what we have. This was very different in the early days.

MM: Your whiskies are rather expensive.

Jens: This is due to our purchase. There are several possibilities. You can acquire barrels ‘blindly’, that is, you get a list from a Scottish broker, and you either order or you don’t. Of course there is always the risk to fall flat on your face. Or you can reserve the barrels, and get samples. For the time of the reservation and for the sample shipment the owner of the barrels will charge you a service fee. Or the owner offers the possibility to try out everything, but it's also the most expensive option, because the dealer can not sell the barrels immediately.

We always try everything, which means we have higher costs than some competitors who do a blind purchase on the basis of age or name. At Sansibar, we have ruled out the latter because we have a clientele that is willing to pay some extra money for good quality.

And as a licensee we have to pay money to Sansibar. This means we have two margins more than other bottlers, and I have to include this into the bill. Therefore, we can only exist if we focus on quality. Everything else would not work for us.

Of course people grumbled at first about our higher prices. Interestingly, however, some competitors who do not have this constellation adjusted their prices accordingly although the need was not given for them.

We recently bottled a Laphroaig and a Springbank, which were actually overprized at purchasing level. But the quality is so good and the taste is so unique that currently there is nothing comparable on the market. And that's why we bought these barrels.

MM: Because customers are willing to pay for it anyway?

Jens: The problem is that in Scotland, the owners of such casks do very little to justify these prices. They could put some effort into their work and do some quality control. But this is rarely the case in practice. They rather concentrate on appearance by adding cheap glasswork and wood packaging and then raise the prices.

My favorite example is the 60 year old whisky of a well-known distillery. It was sold for  about 11,000 euros and came in a giant glass-box. But the glass doors fell off easily and the plastic caps around the cork got torn during transport, because they used only the cheapest materials. This is deception. You could do much better for this price. That does not happen with the Asians. Take Eric Huang for example. What he is doing with Karuizawa bottlings in terms of design has a totally different quality.

MM: Before we go on with Karuizawa, let’s talk a bit more about Sansibar. What is your official title and how is the company organized?

Jens: Sansibar is a trademark that belongs to Herbert Seckler, the owner of Sansibar Restaurant. Sansibar Whisky is an independent company, I’m CEO and I hold the majority of shares. I also have a network of people who do the preliminary work as well as some employees.

But there are a few changes ahead. I will get a business partner, Carolin Lupac. We got an offer from Sansibar to take responsibility for the distribution of the brand products as a whole, which I accepted. So now Sansibar and Sansibar Whisky will merge in Sansibar Sales Company. We use the brand name Sansibar and additionally to our own products, we will also distribute all Sansibar products, for example exclusive champagne and wines.

We also get on very well on a private level. Sansibar and Sansibar Whisky are two independent companies, but people often think that we are only one company. I’m often asked if I can make a reservation for a table at the restaurant. But that’s futile ;-)

MM: What are the criteria for the composition of your product range?

Jens: Every four months we bring about twenty barrels into the market. We have both younger and older whiskies, and also a mixture between fruity, sherry-dominated and smoky whiskies. We want to have a varied selection, so that you can easily do a full tasting event with our bottlings.

In addition to the classical Sansibar bottlings we also have joint bottlings with Taiwan & Hong Kong, which are quite striking with their colorful samurai labels and they are also very good. These labels show famous heads by the way: they come from the Karuizawa bottlings where the complete fighter can be seen. Our Samurai bottlings are sold both in Taiwan and in Europe. And we have bottlings exclusively for the Asian market in collaboration with our Taiwanese distributor.

We also have exclusive rums in our portfolio, for example a 20 year old single cask bottling of Don Pancho, which nobody else has on the market right now.

In addition, there are also a lot of requests from dealers or whisky clubs that want to have their own bottling with our logo. Originally, this was not intended, but for us such a cooperation is indeed a nice promotional tool.

MM: I can’t imagine that you can simply use the labels of Karuizawa or parts of the label without special permission. I suppose you have very good connections to the bottlers of Karuizawa?

Jens: ( laughs)  Yes, I have indeed. I think I can tell you now: we are the new importer and distributor for Karuizawa whisky for some parts of Europe. Very soon, new Karuizawa bottlings will be launched in Asia, and we will bring them exclusively to Germany .

MM : I’m surprised. I always thought that the last barrels of Karuizawa were sold some time ago by Number One Drinks and that was it.

Jens: That is correct.  Number One Drinks sold the remaining stocks of Karuizawa barrels to LMDW in Paris, The Whisky Exchange in London and our Asian distributor. I think that currently there are about 80 younger and 40 older barrels left. And there is a 1968 barrel still waiting to be bottled.

Jens: Yes, we’ll see some exciting bottlings over the next 4 or 5 years.

MM: What’s your timetable for the new releases?

Jens: The first bottles are already on their way. I hope they will be on my desk very soon.

MM: You really hit it big! Congrats! I guess it wasn’t easy to become exclusive distributor for Karuizawa?

Jens: It took a long time. This is based on a trustful give-and-take-approach over many years, and has also developed on a personal level. If you want to do business in Asia, you have to drink a lot. I think I’ve mastered this with flying colors ;-) At one point, you look at each other and say: "Ok, let's start a business." And then the deal is sealed with a handshake.

MM: How can I purchase a bottle of Karuizawa from you?

Jens: We will probably offer it via our shop system. Prices will be higher than a few years ago, but still below Auction level.

MM: There will be exciting times ahead of you!

Jens: We also have a few other projects in the pipeline, but I can’t tell you more now, it's still too early. Our contacts and the networks that we have offer plenty of opportunities.

MM: Are you a whisky collector?

Jens: Yes, I’ve amassed quite an impressive collection of old bottles over the years.

MM: Do you have a favorite whisky?

Jens: When I drink for pleasure, I always come back to old Islay whiskies. Old Ardbegs, Lagavulins and Laphroaigs. The standard stuff, but bottled 40 or 50 years ago. These whiskies are absolutely great.

MM: I wish you the best of luck for your future endeavors. Thank you for this interview! 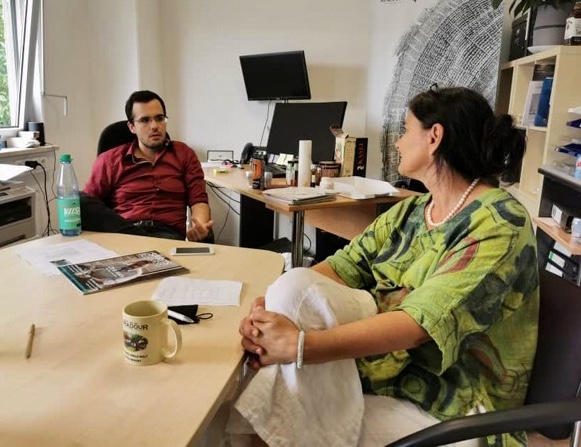 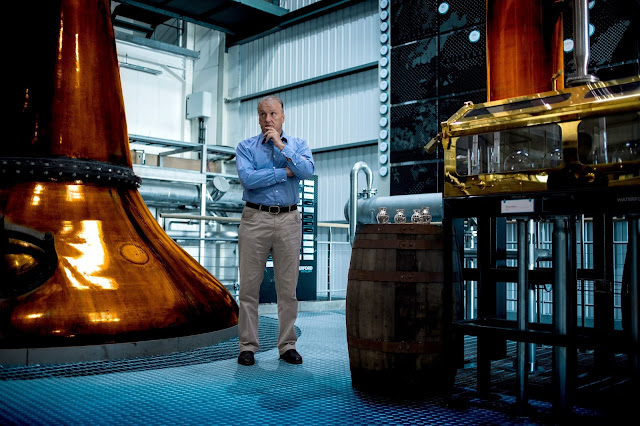 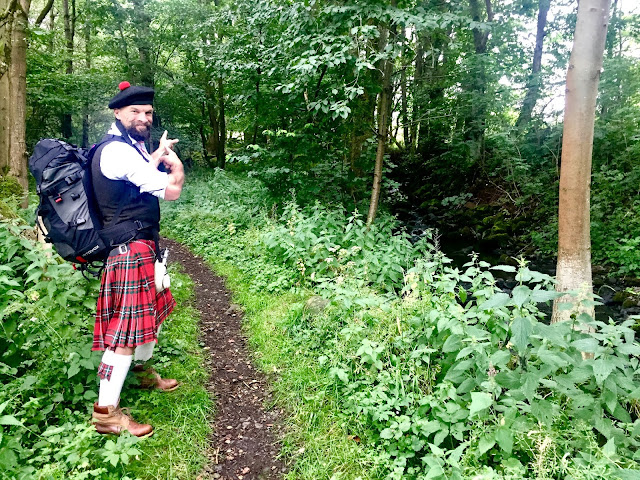 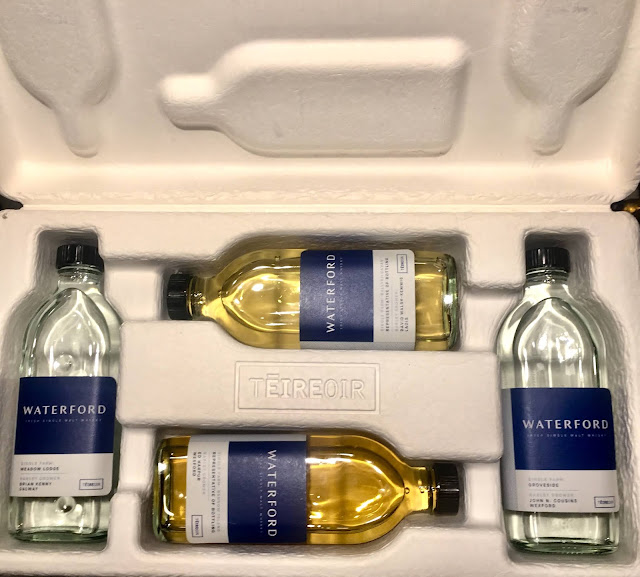 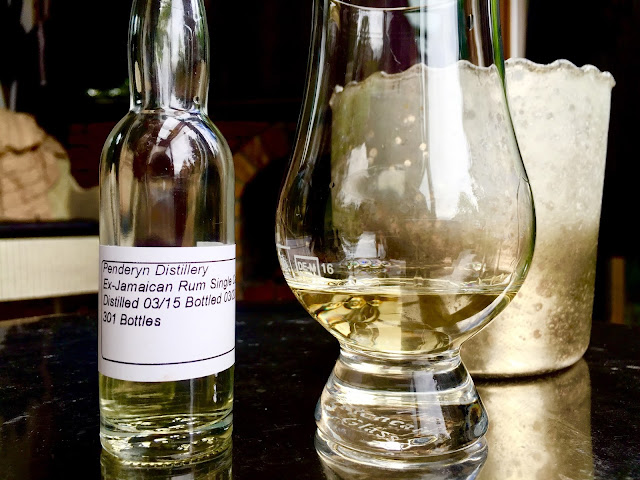 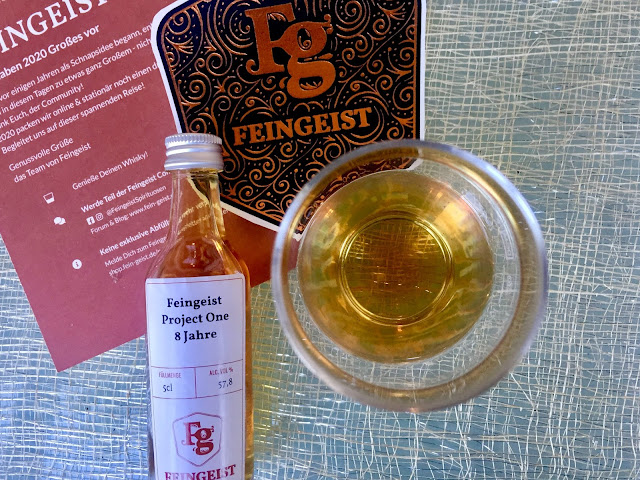